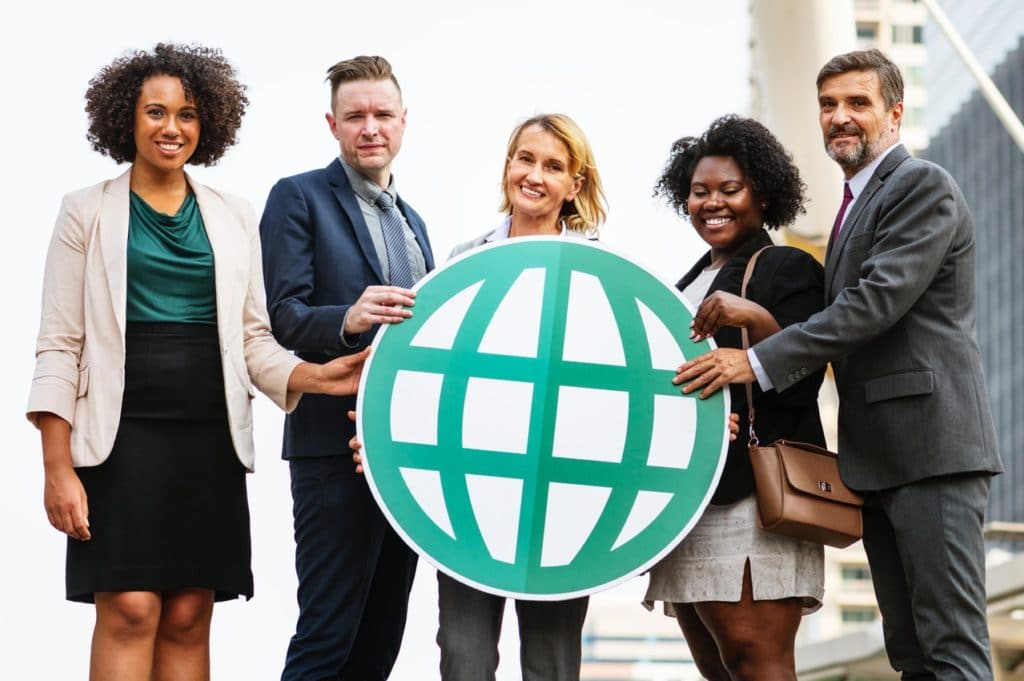 What is Global Sourcing?

A procurement strategy used by businesses to seek the most cost-efficient location for manufacturing its products is referred to as global sourcing. The location is beyond the political boundaries of the manufacturing company, i.e., the global market. It capitalizes on global efficiencies like cheap raw materials, low-cost skilled manpower and economic factors like low trade tariffs and tax breaks. If a shoe manufacturing company in the USA finds that the low wages of employees in a developing economy lead to cheap manufacturing and delivery, it might opt for a foreign manufacturer. Some examples of global sourcing are shoes manufactured in China and call centres in the Philippines.

Why is Global Sourcing Important?

As international demand grows for a high volume of good quality products, competition rises too. To get profits, firms must keep abreast of the rapidly evolving technology and at the same time, improve quality, bring down costs and better customer service at all levels of the value chain.

How Can Global Sourcing Benefit You?

If you want to expand your sales, overseas manufacturers from developing countries are exactly what you need. As a profit-seeking company, you can move your labor-intensive processes to the developing nations with comparatively cheap human labor. Such a practise lowers the production cost, and hence, the prices of services and products for customers.

Companies with a low infrastructure often find it difficult to manufacture as much as they want to as per their predicted earnings. By turning to low-cost countries, they can make use of the developed infrastructure and produce a large volume of goods at a rapid rate. Also, reduced cost allows product manufacturing at multiple sources, thus increasing the production capacity.

Some countries are simply better than others at something. Global sourcing gives you the power to locate hard to find resources, skills and capabilities (fresh design, research, technology and QA procedures) that are not available at home. This allows you to reduce the supply risk of your company. It also means inexpensive products or services even after additional transportation costs and taxes are included.

Learn to do Business Internationally And in a New Market

You can achieve global business expertise and successfully do business in a new market. Your company may come across several cheap manufacturers with the help of whom you can prudently compete against your rivals. Moreover, the presence of two or three manufacturers means that you do not rely on a single entity.

How Can Global Sourcing Create Challenges for You?

Besides its list of benefits, the strategy comes with its share of cons that are mentioned as follows.

In the absence of appropriate communication and monitoring, maintaining the quality of the products becomes an issue. Since you are reliant on the manufacturer, solving any issue might get difficult and time-consuming.

The cost of production is totally under the control of the manufacturer. As a result, you might have to incur heavy monitoring costs to ensure a smooth workflow. In some countries, business owners and sometimes, government officials routinely participate in taking bribes, refusing which may create problems for your business. Besides, the time and effort spent to learn about various time zones and cultures involve hidden costs, which may be higher for young companies.

Developed European nations and the U.S.A. adhere to strict security norms. However, overseas manufacturing operations may not stick to the same level of security. As an outcome, terrorism, crime, political instability and corruption can interrupt the course of profit earning. One of the biggest risks of security in global sourcing is the loss of intellectual property (slogans, patents and trademarks) and data.

Outsourcing also means that a company has to surrender a certain level of control to the manufacturer. If the same manufacturer is also working for other companies, priority issues may surface.

The supply chain is fragmented and long, and the key challenges are long lead times, transport disruption, labor unrest and unnecessary shutdowns.

Doing business in a foreign country is not without legal or financial issues. An unstable emerging economy will be a cause of greater problems. Currencies fluctuate regularly and the currency, as well as, the price needs to be set upfront because, in global sourcing, payment is made by using a letter of credit. Change in government may cause consequent changes in commercial policies.

Loss of Jobs in the Native Country

Economic nationalists and local labor advocates opine that international sourcing puts domestic labor out of work, negatively impacting the economy of a country.

Are There Different Levels of Global Sourcing?

Yes, global sourcing has five levels. Read on to know about them.

What is Production Sharing?

The growing international sourcing has lead to a natural corollary called production sharing. Introduced by Drucker in the 1970s, it is the practice of carrying out diverse stages of manufacturing of a product in different countries.

It has become quite popular in producing both sophisticated and high-technology products. While designing and technical development are done in one country, the manufacturing of the various components is done in some other country. Then, the assembling is done in some other country, and finally, the product is marketed across continents. An example of production sharing is the electronic calculator. The nameplate may carry the words “Made in Japan” and the name of a Japanese company, which is probably the only thing made in the country. The electronic chips hail from the U.S.A. They were assembled in Malaya or Nigeria. The steel box that shelters the calculator may be the offering of an Indian steel mill. Finally, in a free-port zone in Yokohama or Kobe, the label “Made in Japan” was attached to the product. The items are sold all over the world and the quality control, design and marketing of the items are manipulated by a Japanese company in a developed nation.

Free Trade and the Current Status of Brexit, NAFTA, and RCEP

Free Trade Agreement or FTA can be described as a treaty between a pair of nations or more to establish a free trade area where services and goods can be traded across political boundaries. Member countries generally determine fixed duties and tariffs on exports and imports.

With the UK planning is to leave EU through a voting process, also known as Brexit, on 31st October 2019, many international trade professionals are evaluating the changes, adjusting their strategy of procurement and getting ready for a smooth passage. Once UK exits EU, it will have to handle the outcomes of being denied access to EU preference programs and free trade agreements. It has to form new trade agreements and renegotiate current ones.

As far as NAFTA (North American Free Trade Agreement) is concerned, there is currently a lot of confusion. While the US will have its forthcoming presidential contest in 2020, Canada is going to have its federal elections in October 2019. In fact, Trump has threatened to pull out of NAFTA if Congress does not sign off USMCA (The United States Mexico Canada Agreement) that took place between the three countries on 30th September 2018. On the other hand, Canada too must ratify the treaty, but given its tight schedule, the present legislators have only a few weeks left prior to June’s summer recess, and the new Parliament’s members cannot address the ratification till 2020. In the event that Trump dumps NAFTA, the trio will get back to the trade agreements that were in place before NAFTA’s inception on 1st January 1994.

The RCEP (Regional Comprehensive Economic Partnership) comprising China, Japan, South Korea, India, New Zealand and the ASEAN (Association of Southeast Asian Nations) member countries. The past few years, since the establishment of the group, have seen negotiations to significantly impact the textile and apparel industry. With an improved FTA (Free Trade Agreement), the members will have an integrated regional textile and apparel industry, which is going to strengthen Japan, South Korea and most importantly China’s role as major suppliers. The result will be an increased demand from the region and competitive pricing. However, Vinod Sharma, the MD of Deki Electronics, feels that RECP is a bilateral trade with China, wherein China will be the gainer, and India will be on the losing side. According to 2017-18 figures, India has trade deficits with RECP countries.

Sharma goes on to say that removing customs duty on around 80 to 85% of items will result in an unbridled entry of Chinese products to the Indian market. Jindal Stainless and dairy cooperative Amul has also expressed fear about the success of the deal. If China and India get rid of customs duties on 85% of bilateral trade, Chinese imports (goods) of $62.3 billion will be duty-free. As a result, India will have to incur a loss of about $6.2 billion to the exchequer if we go by the fact that India’s approximate customs duty is 10%, assuming that the concessions are offered at a go.

Companies that have resorted to global sourcing have kept their competitors behind them, decreasing the cost of goods, increasing the speed to market and upgrading the quality constantly.

Need help with international sourcing? Get in touch with your closest Dragon Sourcing office. We have some of the most talented resources to handle your sourcing needs.